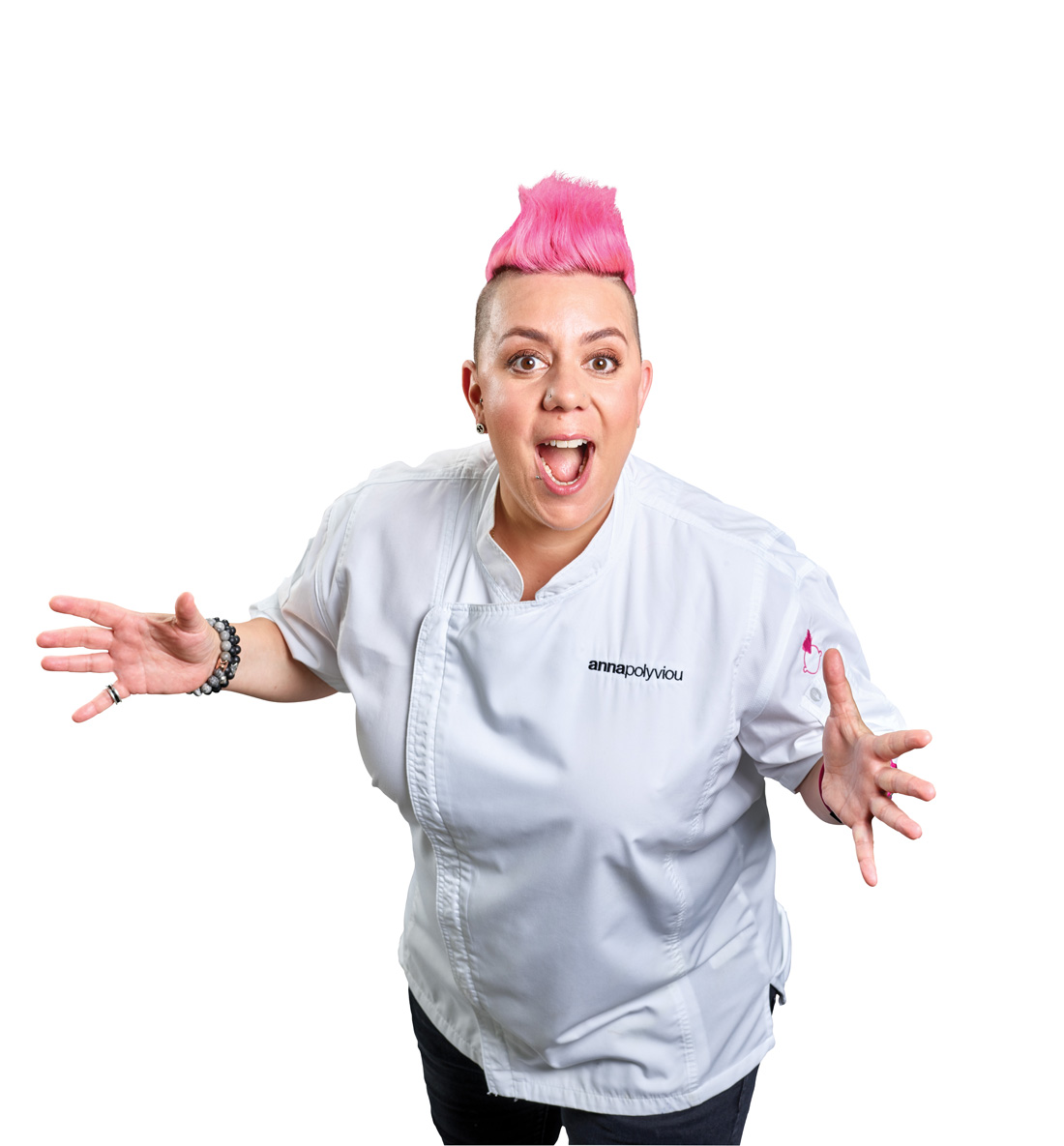 Rock it, bake it and sweet create it with Anna Polyviou on her first Australian tour. Learn Anna’s secrets so you can cook like a rock star at home.
Anna Polyviou is an award-winning Chef who has been dreaming up desserts for over a decade. Known for her sweet creations like Anna’s Mess and Firecracker, Anna has a truly original take on pastry. As Creative Director at the Shangri-La in Sydney, she has transformed the pastry team and has been busy concocting amazing dessert degustations and high teas. Anna was co-host on reality cooking show Family Food Fight and a regular guest on MasterChef Australia. Anna’s first cookbook Sweet Street sold out within weeks and her second book will be released later in 2019. We are excited to be hosting Anna’s Brisbane Masterclasses at the Golden Pig on Tuesday May 21st.

Australia’s punk princess of pastry has teamed-up with Roald Dahl’s spectacular new musical, Charlie and the Chocolate Factory to create a delectable dessert inspired by the wonders of Willy Wonka.

Anna’s new release “POPPING CARAMEL” is a greatest hits of the finest Belgian Callebaut® chocolate. Milk, caramel and white chocolate are all incorporated into the dessert’s Pop-Corn Caramel Crunch, Vanilla Caramel, Salted Breton, Honey Ganache and Milk Chocolate Mousse.
A limited number of tickets are available to get up close and personal with Anna at exclusive, hands-on masterclasses at The Golden Pig.  Head to our Cooking Classes and Events page to book a place.
Hold your breath. Make a wish. Count to 3 and get ready for a mesmerising joyride through a world of pure imagination!

Use of the information contained on this page is governed by Australian law and is subject to the disclaimers which can be read on the terms_conditions page. View the Golden Pig Privacy Policy